If I Get Any Angrier I'll Explode! 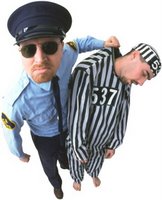 Some of these will make your blood boil, which sadly is not something they’re compensating…

“Among personal injury claims made was one by a prisoner who had had his finger bitten off by a horse.” – How in the name of God does this happen? We are either jailing horses in Wormwood Scrubs, locking prisoners in stud farms or allowing prisoners horse-riding excursions. I think it’s the third don’t you? My suggestion to all you out in suburbia is that when your daughter wants a pony, tell her to rob a bank.

“Personal injury can cover a multitude of sins: slipping or falling down stairs, a chair collapsing, falling off a ladder or through a ceiling” – There was a time when this was a standard method of police interrogation, now it’s a way of making crime pay.

This makes me so fucking angry I’m going to end up in the Scrubs myself, but frankly I’m past caring with these people. Here are a few of the things the government have had to say on Crime and Justice over the past few weeks: 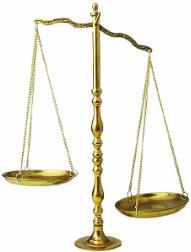 of the majority of the law-abiding community have to take precedence,"” – Tony Blair Source

“"It's so important that I came here on the first day in the job to learn from people here how this process of detection, detention and deportation is going, and obviously to signal to the public that I regard this as my highest priority."” - John Reid Source

As I round this off I’d like to remind all you Guttersnipes here of the initial inspirational rant of Tim Worstall which led to me starting this blog. It would appear now that prisoners can have £20m in compensation but posted not one month ago:

“Spending on compensation paid to those wrongly convicted of crimes is to be cut by £5m a year, Home Secretary Charles Clarke has announced.”

Posted by Ranting Guttersnipe at 10:28 am