Did You Find What You Were Looking For?

Just a quick note to those people who found the Spleen via a search engine using such relevant search parameters as:

So... did you all find what you were looking for? Especially the rather specialist chap who searched for:

What the Fuck?
Posted by Ranting Guttersnipe at 7:54 am 2 comments:

Unemployed people who cannot speak English will have to show they are learning the language or face losing their benefits, under government plans.

Reckon we should start with this one? 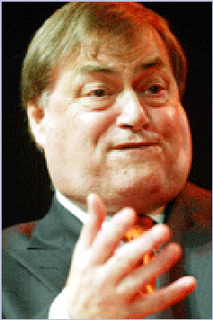 Posted by Ranting Guttersnipe at 10:02 am No comments:

What The Feck Were You Thinking? 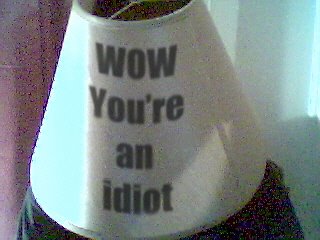 John Reid wins another Channel 4 Politics Award
If it’s one thing that our government does well it’s make a complete and utter total bollocks of everything it touches. They get the wrong end of the stick and then spend millions fucking everything up.

Now before I start on today’s batshit insanity I offer an apology to regular Guttersnipes. I wanted to avoid yet more monotonous ranting about Reid. I really did! I’m sorry but the ridiculous fucking clown just keeps throwing the ammunition at me. I just can’t resist. I have no willpower when it comes to this… help me.

What the ratshit feck is that going to solve? I’ll bet Jonny Nonce is fucking shitting himself now isn’t he? Oh for bollocks sake.

I am one of the most contactable people on the planet. I have 7 email addresses, I have 4 chat aliases, and yes Guttersnipes believe it or not I have a secret identity. I set all of these up in minutes and should Joe Plod come round and insist that I put my real name on a register with a flag saying this is Guttersnipe then no doubt I shall return in a matter of minutes as Gutting Rantersnipe or something.

Mr Reid said: "We already have probably the toughest regime in Europe for identifying sex offenders.

What the hell? Toughest regime? We might know who they are but we sure as bollocks don’t know WHERE they are do we? Jesus Reid what the fuck are you doing?

"But although we are strong, we have to keep ahead of the game and I want to bring in stronger, broader powers to protect our children."
He told the BBC: "If we did that we would then be able to set up mechanisms that would flag up anyone using those addresses or those identities to make approaches and contacts through some of the very popular internet spaces which are used by kids."

Flag up anyone? No hint of flagging up nonces, just people using certain chat handles. What do they do when Jonny Fiddler cancels his account called “JustinTimberlakeLookalike” and then a happy 12 year old kid signs up with the recently vacated name? Poor old newcomer’s going to be on List 99 and away we go.

Although this is NuLab’s method of registering… it probably means he’s guaranteed a job in a school.

Cliff Saran, technology editor of Computer Weekly, told the BBC News website: "I have about five e-mail addresses. It's easy to set up a new one in seconds... it's going to be hard to track that."

Hard? It’s going to be nigh impossible. But then the outcome will be the same since Reid and his cohorts regaularly fuck up the pitifully easy.

"That's the nature of the internet, and the internet's global," said Mr Saran. If everyone had a single internet identity for life, like a National Insurance number, this would make it far easier to track people, he said.

Child internet safety expert John Carr, of children's charity NCH, said: "This is a very welcome move. It will mean that we can extend the Sex Offenders Register regime into cyberspace and that will be a great comfort to many people."

Especially politicians who once again can appear to have done something but in fact will have just sat on their fecking arses reading about Britain’s kids getting touched up in the park.

The latest proposal means their online identities would be treated in exactly the same way as their real name, a Home Office spokesman said. "The home secretary also wants to look at whether it is technologically feasible to set up a system where if someone enters a chatroom with an identity that was already listed on the register, it would 'ping' an alert on the relevant people's computers, enabling them to take appropriate action," he added.

You mean like an ID card? Where is this going to stop? Are we going to be tracking anyone who makes a comment on the Spleen, or the Kitchen, or on Guido’s Blog?

Failure to divulge all the information required could lead to a jail term of up to five years.

Assuming they can find you. I’m sure there are going to be wanted posters all over the place saying “Cute433 Wanted Dead or Alive”. 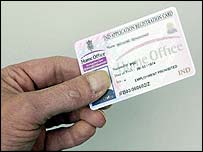 And about bloody time….

Ever since this fruitbat scheme started it has been a complete waste of taxpayers money. A waste of our money.. your money and it is about time the whole fecking thing was taken out back and shown the bins.

What gets me is that the government so far have managed to spend nearly 60 million quid and haven’t produced a single scrap of evidence to show that it will do anything they are claiming it will do.

Tackle illegal immigration – how exactly will it do this? Foreign nationals aren’t required to carry one therefore how do you tell? Are we going to wander round the country deporting foreign tourists? Are we deporting legal immigrants as well? If they can get a job in the Home Office then I’m sure they can get an ID card.

Combat identity fraud – unlikely given that the first thing that will be hacked will be the identity database. I’m not a computer man but I’m sure that it’s crackable. Smacks a lot of what they said about the Titanic.

Tackle terrorism – Not unless they come in the form of a portable bomb shelter they won’t. Spain has identity cards and Spain, as you might recall, had a rather large train explosion. ID Cards sorting terrorism? It’s frankly just bollocks.

Of course there are a couple of areas where they will work brilliantly. These are of course in raising money for the government and allowing the government to keep a record of everyone who crosses them.

Not being one to be left out of the papers of late… The celtic cockmonger (and by that I do mean someone who makes and sells cock) Reid has had a good old hitback at David Cameron with his usual words of "talk tough while acting soft".

This will be opposed to Reid's usual modus operandi of try to look tough while acting soft or looking tough in the Daily Star while doing fuck all apart from enjoying a ministerial salary.
Posted by Ranting Guttersnipe at 12:36 pm No comments: 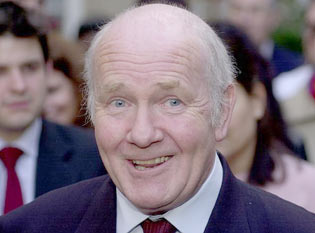 I don't give a bollocks me...
I would like to get up on a morning and not have to rant about Reid. After all it makes the Spleen rather “same old same old” but the guy just never gives me a break.

Today is no different…. I look at the news this morning and the useless twattard is all over the place grabbing a new headline.

To recap for those of you who either have been living in a cave and missed all the country’s troubles, or those of you who are Hazel Blears and are programmed not to acknowledge these things, we have the following major issues in the Home Office:

- People we should have deported are at liberty to murder police officers
- There is no room in the prisons for sex offenders and persistent reoffenders, no doubt this is because of the number of Council Tax protestors in there.
- We have a dangerous level of illegal immigration
- We do not know where many sex offenders are

So it’s understandable that Rambo should spring into action….

“Home Secretary John Reid is to make another attempt to extend the 28-day limit on holding terrorism suspects without charge.”

Jesus fecking Christ… PRIORITIES MAN!
Why the hell is this man obsessed with internment? And even if he manages to get 90 days detention without charge where the reddybollocks is he going to keep these people? Eh? There’s no fecking rooms in prisons any more and if you have special detention centres for every Tom, Dick and Abdul you want to give a 3 month visit to then don’t you think we should maybe put some prisoners in them?

100 days to fix the Home Office he said… sounds awfully like 24 hours to save the NHS doesn’t it? And neither has been improved.
Posted by Ranting Guttersnipe at 10:07 am No comments: