Iain Dale has posted a the top 50 Labour Sleaze Scandals out of a total of 70 so far:

Check them out here:

Note that they begin the moment that the Labour Party entered power and I for one see no sign of them stopping soon.
Posted by Ranting Guttersnipe at 9:50 pm 1 comment:

What a Weekend for Labour 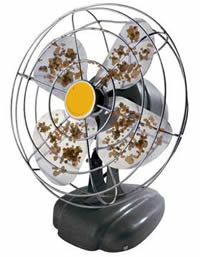 I live for weekends like this I really do, and when one happens I'm away from my PC. Curses!

Where the hell do I start?

Prescott: OK - as David Davis says I doubt this guy should resign because he's had affairs, pick a number between 1 and 5. He should resign because he's always been thick, useless and the worst example of a champagne socialist I can think of. We've seen him spout his hypocrisy at Labour conferences, screw around with his secretary, dodge his council tax and punch someone during an election campaign. What does a guy have to do to get fired.

Frankly if you work at McDonald's and you sleep with a junior member of staff you're likely to get the sack. Why oh why is this embarrasment to Britain still here?

Reid: The man who announces that smoking is the one pleasure a woman on a council estate can gave should probably now be announcing that a swift doobie is the one pleasure a defence secretary can look forward to. I wonder how many of his soldiers have been court martialled for possessing cannabis.

Apparently his spokesman said "It wasn't enough for two drags" - can we assume that possessing less heroin than is required for a full syringe is now OK? Only if you're a minister I suppose.

Clarke: Why is this man still here? This idea that he should "stick around until he's fixed it" is plain bollocks. On this basis you just have to make a suitably big balls up in week 1 and you have a job for life. The Iraq war probably means Blair won't need his pension as he can never retire.

Hewitt: I'm sure she can breath a heavy sigh of relief now that the entire Labour establishment is looking five times as ridiculous as the "Blair Blonde". However Blair's backed her so she's got to be out soon.

Electoral Fraud - Which Of These Is Worse?

From the Derbyshire Evening Telegraph:

"Derby Conservative group leader Philip Hickson has been reported to the police over the blunder that saw an underage candidate nominated for next week's elections. The Liberal Democrats have sent a letter of complaint to Chief Superintendent Tony Hurrell of Derbyshire police ."

From the Birmingham Evening News:

"BIRMINGHAM'S Liberal Democrats today insisted their candidate would still stand in next week's local elections - despite his arrest in a postal vote fraud inquiry. "

I don't think stones should be thrown from the LibDem glasshouse should they? This is a sound example why I don't hold much truck with the LibDems and can't even trust them to run an election with integrity let alone run a country.

Even George Galloway has admitted today that investigations in Tower Hamlets for postal fraud have steered him towards the Liberal Democrats. Placing that together with their "offering sweeties to children" strategy and the famous "vote LibDem for the straight choice" do they really look like the nice guys that should be given a chance?
Posted by Ranting Guttersnipe at 1:53 pm No comments:

"A Populus poll for the BBC's Daily Politics programme found that 63% of people felt that Tony Blair should fire Mr Clarke for the Home Office's failure to consider deporting 1,023 foreign criminals after they had been released from prison."

Public opinion means as much as it usually does then.

If the head of Group 4 had released 1,023 prisoners incorrectly he would have been sacked.

If the head of BUPA had declared in the midst of a £800m financial crisis "we're having the best year ever" he would have been sacked.

The fact that these people remain in office shows that the Labour Party view us with as much contempt as we hold them.

Posted by Ranting Guttersnipe at 1:11 pm No comments:

Another Reason Not to Vote Labour

I enjoy a good rant, I may have given this impression. A fellow ranter over at DrinkingFromHome has posted this today.

I dodn't need any more reasons, but this appears to be one I've overlooked.
Posted by Ranting Guttersnipe at 12:21 pm No comments:

Three cheers for Tom Uttley as he lets fly with his opinions on the Prescott affair (which one I ask) in today's Telegraph. As one ranter to another I salute you.

"The Soviet Union was stuffed full of thick bullies like Prescott, with handsome houses and luxury limousines to whoosh them from the Moscow flat to the dacha. But he must surely hold the record for being the stupidest man ever to have held high office in the United Kingdom since the Norman Conquest. (Perhaps I am being unkind: I grant you that he has a certain charm, as no doubt Tracey Temple would once have testified.)"

Gets straight in there doesn't he?

"We all know that there is only one reason why John Prescott is allowed to style himself, for the time being, as the Deputy Prime Minister of the United Kingdom. That is that he has always been extremely useful to Tony Blair, and to the Project dreamt up in Islington by Peter Mandelson and his mates."

Mr Blair has always been quick to forgive his deputy. "John is John," he said, when Mr Prescott thumped a protester who had thrown an egg at him. What he meant, as we all understood, was that John is a moronic thug whose behaviour is not really worth bothering about."

Go Tom.... This sort of journalism needs rewarding in a big way. Go out, out in your droves and buy the Telegraph today. This man deserves a serious pay rise. Mr Uttley we are in your debt.

Posted by Ranting Guttersnipe at 11:24 am No comments:

"Tony Blair shrugged off a catalogue of crises engulfing his
Government, saying: "It's just the way it is.""

Oh well that's alright then isn't it? How stupid of us to think that we should have competence and accountability in our Governments.

Consider yourselves all set straight now
Posted by Ranting Guttersnipe at 11:17 am No comments:

Labour Wake Up to Local Elections 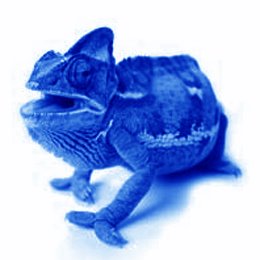 "Labour wants the English local elections to be about the "real world" not the concerns of the Westminster village, says minister David Miliband. "

Can Mr. Milliband explain to me why 2 out of 3 of his party's Party Election Broadcasts have been personal attacks on David Cameron then? I'm 6 days away from the local elections and as yet I have not seen a single Labour policy. I must then content myself with the view that they will do what they've always done:

Could Mr. Milliband be making this claim because their Dave the Chameleon campaign backfired and the fact that nationally they look like a bunch of incompetent prats?
Posted by Ranting Guttersnipe at 10:57 am No comments:

Round of Parliamentary Nonsense I

It's comforting to know that amidst all the talk of recently released foreign murderers, sex offenders in schools and Patricia Hewitt's taxpayer funded excursion to the land of the fairies our employees in the House of Commons are back to tackling the important issues making the world a better place:

So as part of a weekly round up of the pointless, Hansard makes the following parliamentary questions available for our perusal / entertainment:

Gregory Barker: To ask the Secretary of State for Environment, Food and Rural Affairs what plans she has to tackle chewing gum-related anti-social behaviour; and if she will make a statement.

Mr. Allen: To ask the Secretary of State for Culture, Media and Sport what responses she received to her letter of 2004 to football club chairmen on reminding them of the responsibility players have as positive role models.

Dr. Kumar: To ask the Secretary of State for Transport if he will introduce legislation to ban smoking while driving.

Julia Goldsworthy: To ask the Deputy Prime Minister how many villages in (a) Kerrier district and (b) Cornwall do not have a village shop.

Gregory Barker: To ask the Secretary of State for the Home Department how many fines have been issued to the public by the police for chewing-gum related offences in 2006; and how many were issued in the last 10 years. He won't let this drop will he?

Makes the NHS meltdown seem trivial doesn't it?
Posted by Ranting Guttersnipe at 2:24 pm No comments: 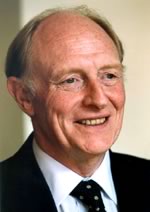 So today Lord Kinnock begins his 6 month driving ban. Is anyone else here thinking that the next call for speed cameras is going to find some new opposition from the House of Lords?

This aside though... what good will a 6 month driving ban do here? None whatsoever. It's just going to mean that he will have to be forcibly chauffeur driven everywhere for 6 months, no doubt at taxpayer expense.

He has described the ban as "massively inconvenient". My arse!

Justice? I don't think so

Posted by Ranting Guttersnipe at 1:53 pm No comments:

New Labour Tossers - First Rant of Many Many More 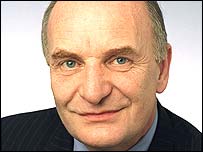 "Stephen Pound (Ealing, North) (Lab): No one would deny that this is a damnably serious business. I pay tribute to Members such as the hon. Member for Gainsborough (Mr. Leigh) who decided not to lower themselves by playing party politics with the issue. May I tell my right hon. Friend that the episode has taught me two things? First, this is not the time for the Home Secretary to leave his position, as he has to see this through. Secondly, does he not agree that the case for identity cards has now been made? "

Now let me respond to this as tactfully as I can:

WHAT UTTER UTTER BOLLOCKS
I would like the honourable gentleman to explain to me just how ID cards would have prevented the release and subsequent non-deportation of 1,023 prisoners. How?

UPDATE: Stephen Pound has just been on the Jeremy Vine Show saying that nothing is wrong. Laugh? I'm nearly bleeding. He must be having fun on Planet Hewitt

Posted by Ranting Guttersnipe at 11:00 am No comments:

An inspiration to us all

Hat tip to Tim Worstall for his well vented spleen at Charles "Bogeyman" Clarke. His fine words and forthright fury have inspired me, and no doubt many other champions of freedom to throw open their spleens upon the world.

Fight well my brothers and sisters. Let the world know that it has royally pissed us off.
Posted by Ranting Guttersnipe at 12:52 pm No comments: