It Didn't Work The First Time... 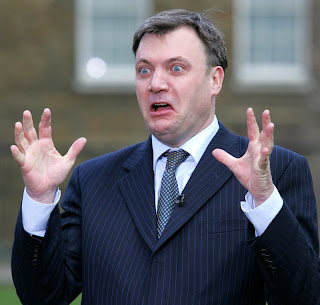 Quick do something... ANYTHING!

Every area of England is to be covered by a Children's Trust Board (CTB), the government is to announce.

The boards, which aim to prevent abuse by co-ordinating child protection workers,
will also be strengthened.

The initiative follows the failure of social workers in Haringey to prevent the abuse and death of Baby P.

So what we’ve got here is the usual knee-jerk “Oh my god we need more fucking administrators” response of appearing to do something because so many people are demanding something be done.

Sure… something must be done. But not this.

Let’s look at one of the issues
here
:

Social worker Sylvia Henry wanted him to go into foster care after he was taken to a north London hospital in 2006 with non-accidental injuries.

But her bosses decided Baby P should be looked after by a family friend.

But read down the article and we see just how good this idea of
improving what they did last time
is.

Children's Secretary Ed Balls has asked Lord Laming to conduct a national review to see whether the recommendations the peer made in 2000 into the death Victoria Climbie - also in Haringey - have been put into practice.

You see that? What the fuck? Eight years after the tragic and probably avoidable death of Victoria Climbie and six years after they stood in Parliament with the results of that enquiry and

The government is to set up new bodies to take control of health and social care services for children.

Health Secretary Alan Milburn told MPs these children's trusts were aimed at preventing a repeat of the Victoria Climbie tragedy.

The trusts - originally proposed last year - will be responsible for coordinating children's care at a local level.

They will be expected to ensure that health and social services have the interest of children
at heart at all times.

See any similarities?
After all that promise and setting up of more committees and bosses and bollocks they feel the need to go back and see if any of it was actually done? Any of it? How fucking important was it to you then? Eh? How?

No… they couldn’t be arsed then once the bad press had died down and they can’t be arsed now.

Social workers did not kill Baby P.
Posted by Ranting Guttersnipe at 10:15 am