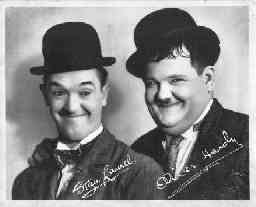 It seems that there’s a list of BNP members been published on the internet. I’ll not link to it since I respect the right to privacy, and odious as one might find the BNP (socialists and therefore cunts) they can have the same rights as the rest of us.

But it’s the reaction to the nervous twitchings of several people on the list that has caught my attention, and the fact that the powers that be are laughing on the inside about this, you can just tell.

These would be the same careless cocktards you might remember that keep losing laptops, top secret files, DNA records, CDs of tax and benefit details and so forth.. but hey so long as it’s not happened to them eh?

And she [venomous harridan Jaqui Smith - RG] told the BBC News Channel she did not mind people knowing she was a member of the Labour Party, adding: "I wonder why it is that BNP members are rather more ashamed of their membership."

They’re not you fucking harridan, they’re scared that your fucking police state fucking Big Brother state that you have engendered will make sure that they lose their jobs for not having political views that are compatible with the fucking Labour Party.

And a classic example of this is here:

Peter Fahy, chief constable of Greater Manchester Police and spokesman for the Association of Chief Police Officers, said: "Membership or promotion of the BNP by any member of the police service, whether police officer or police staff, is prohibited.

"This is because such membership would be incompatible with our duty to promote equality under the Race Relations Amendment Act and would damage the confidence of minority communities."

And it isn’t just the police

Labour MPs are pushing for trade unions to be given the right to expel members who belong to the BNP without penalty.

You see everyone calls the BNP right-wing Nazis, however it’s the Labour Party here that are loading the police with their “right kind of people” and looking to alter the political make-up of the trade unions.
First they came for the dissidents…
Posted by Ranting Guttersnipe at 10:23 am

"This is because such membership would be incompatible with our duty to promote equality under the Race Relations Amendment Act and would damage the confidence of minority communities."
Silly me I thought their duty was to protect the public & property & to catch criminals. Ah no that was the Police Force not the Police Service.